Today more than ever society has more awareness about the food around them.  What food is made of, where it comes from, how it’s produced, is it healthy, what is organic?  Although we are more educated now than ever before, people still continue to ignore the serious negative issues.  It’s an interesting dichotomy between the public perceptions of how food is produced and what actually happens. It would be naïve to think nothing happens to our food, but when you actually uncover the truth about what society is actually ingesting, it’s amazing these processes continue.

How is it negative?  There are controversies around GM food on several levels, including whether food produced with it is safe, whether it will further mutate and into what, whether it should be labeled and if so how, whether agricultural biotech is needed to address world hunger now or in the future.  There are growing concerns that GM food is not safe enough, and that current testing regimes are not adequate to ensure sufficient safety.  There has never been a long-term study of the effects of a diet including GM food on humans, which is a huge part of the problem.  Results in animals are disturbing and no one knows effects on future generations—animal or human.  Why is there not sufficient testing?

One of the other major issues is the fact we don’t even know what we are eating.  There aren’t labels required to be placed on foods available for purchase educating costumers on what is GM and what isn’t.  Outside the U.S., the entire European Union and other countries such as Australia, China, Japan, and Russia require GMO labeling. There has been a proposition in California to make it mandatory, but many major companies are advocating not having labels.  You can find out more here.

Regardless of where you stand on the issue, I encourage everyone to learn as much as possible about GMOs and GM foods.  Decisions we make regarding this issue now will affect every living creature and plant on the earth from here on out.    Educating yourself properly will lead you to make proper decisions when in the grocery store and also advocate others to do the same.  In my opinion, this is one more vital reason to EAT ORGANIC.

Do you have any experiences with GMOs?  Where do you stand on the issue?  If you have watched the complete Genetic Roulette movie noted above, what are your thoughts?  Please feel free to comment.

Alice Buehring is a certified counselor, integrative therapist, empathologist, energy/spiritual healer, intuitive, master herbalist, life coach, healing codes practitioner, author and has a private practice in Sultan, WA. She works with clients to shift belief structure, habits of thoughts, and helps them remember who and what they truly are and live from that perspective.
View all posts by Alice Buehring →

Enter your email to be notified when we update our site. 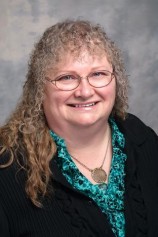 For Email Newsletters you can trust

Enter your email to be notified when we update our site.

Hours of Operation:
Tuesday through Saturday,
11 AM to 6 PM Pacific Time

Hours of Operation:
Tuesday through Saturday,
11 AM to 6 PM Pacific Time